The last time I went  ice-skating I was 13 years old.  It didn’t go well.  I rented a pair of ill-filling skates, my ankles buckled and I held onto the railing for dear life for most of the session. I blame the skates.

As I was preparing for my photo shoot with Rory Babich, CEO of the Florida Panthers, I  replayed my last attempt at ice-skating over and over in my mind.  I had been commissioned by Penn Law Journal to make a couple of nice portraits of Babich, with one important caveat-  no ‘typical’ CEO/executive portraits in an office setting.  They wanted him out on the ice.  Which, of course, meant I had to be out on the ice.

Upon arriving at the BB& T Center in Sunrise, my assistant and I were greeted by the Panthers’ social media guru, Nathalie.  She gave us a tour and let me know that we had free rein on the ice.  As I shuffled out into the middle of the arena, feeling the cold through my boots, I quickly realized it was much easier to handle than I had originally anticipated.

Once we’d set up two different shots (one in the stands and another on the ice) Rory came out to meet us.  He was very friendly and easy to photograph.  After shooting for the scheduled 30 minutes, I thanked Mr. Babich for his time and was about to call it a wrap,  when to my surprise, he suggested a third shot.  (That never happens with CEOs.) We followed him high up in the stands where the jumbotron was situated perfectly in the background.   It turned out to be a good suggestion and wound up being one of the shots featured in the story. 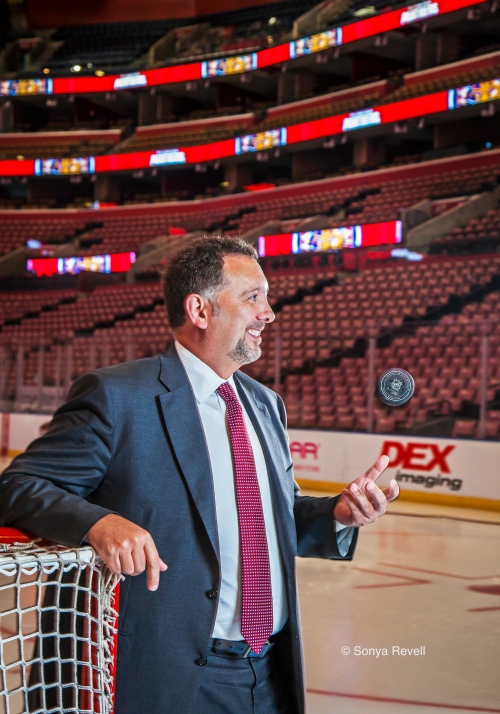 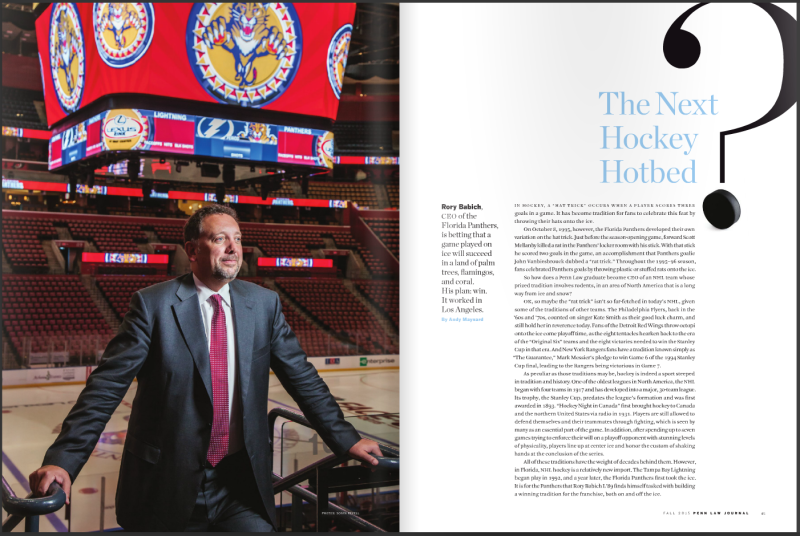 Article from the Penn Law Journal 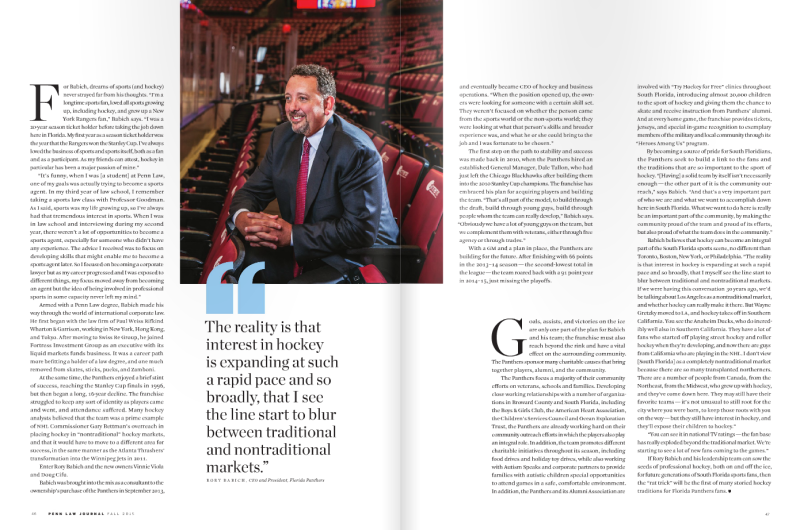