When I got the email from the photo editor at Where to Retire magazine, to shoot their feature story on Delray Beach, I really hadn’t spent much time in the ocean-front town just north of Fort Lauderdale.  Since I wasn’t too familiar, I decided to drive up and do some pre-shoot scouting.  Upon arrival in Delray Beach, I was quite struck by just how charming and photogenic the town really is.  I was also looking forward to meeting my subject, Joanne Sinchuk, the former owner of Murder on the Beach Mystery Bookstore (the name of the business alone had me intrigued).

Where to Retire cover of Joanne Sinchuk, in Delray Beach, FL, by Sonya Revell.

On the day of the shoot, my assistant and I arrived at the bookstore, where Joanne still works as a consultant.  Since weather was a concern (possible rain) I knew we needed to get started right away.  We did some scouting in the Pineapple Grove area- a charming arts district just off Atlantic Avenue (the main drag) and decided on a spot.  Once shooting, I realized that Joanne was not only gorgeous, but also a complete natural in front of the camera.  After some prodding, she revealed her secret- a guilty pleasure love of the TV show, American’s Next Top Model, (which we continued to reference and joke about throughout the rest of the shoot as she posed effortlessly).

That afternoon, we wound up squeezing in three locations- thankfully managing to capture the dreamy, late afternoon sunlight, just before the clouds rolled in. 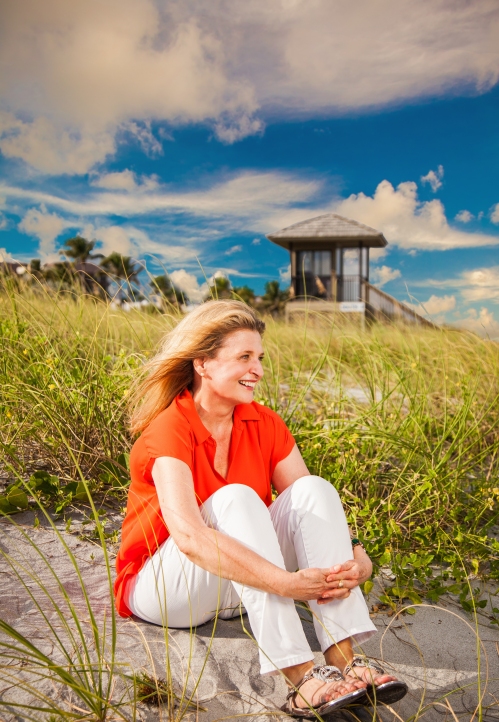 Joanne Sinchuk in Delray Beach, FL, for Where to Retire. © Sonya Revell 2014. 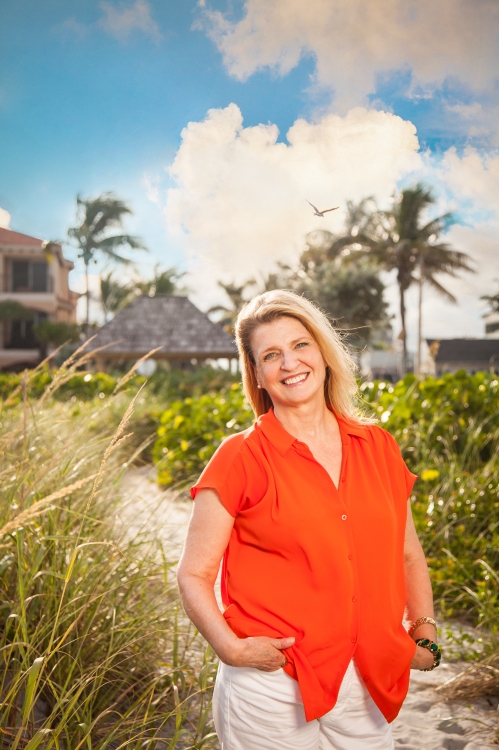 Joanne Sinchuk, of Delray Beach, FL, for Where to Retire Magazine. © Sonya Revell.